Play in the Park!

On the afternoon of Saturday 16th July, Play in the Park!, FoSJP’s first event in St.James’ Park since Easter 2010, was a resounding success, culminating in the Mayor of Southampton, Councillor Terry Matthews, officially declaring the Park “re‑opened” at a ribbon cutting ceremony at 2.30pm.

There was plenty for visitors of all ages, including a Teddy Bears Picnic; a guided tour of the park and its new features; the FoSJP History display; an exhibition by Sarah Silverstein, the artist responsible for the artwork on the café windows; bottle and sweet tombolas; a penalty shoot‑out competition; making your own kite with Solent Kite Flyers; a free Hog Roast courtesy of Graham Moyse Contractors Ltd, who also organised tennis coaching from former British No.1 Chris Wilkinson; basketball coaching; climbing wall lessons; a Park in a Tin competition; and a homemade cake and refreshments stall.

We’re very pleased to report that FoSJP signed up 66 new members on the day, bringing our total membership to over 450 for the first time. The ParkLife Café, which had opened for business just the day before, also did a roaring trade all afternoon.

Here are a few snapshots of a busy afternoon…

...but peaceful and quiet in the Games Area 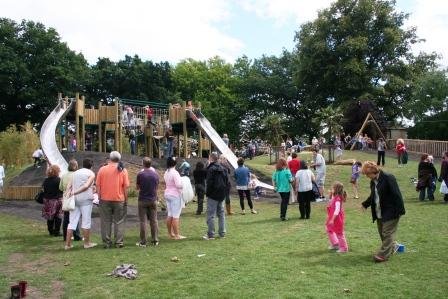 It's business as usual in the Young Play Area... 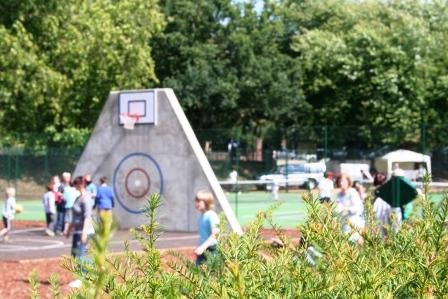 The Basketball and Tennis Courts 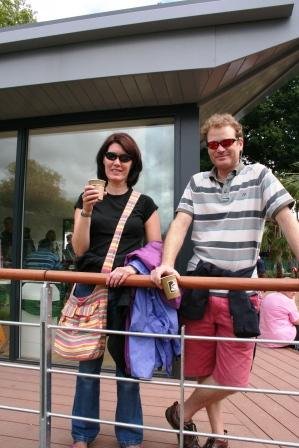 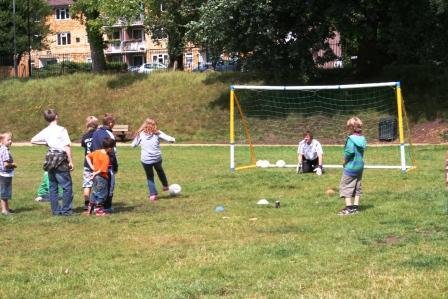 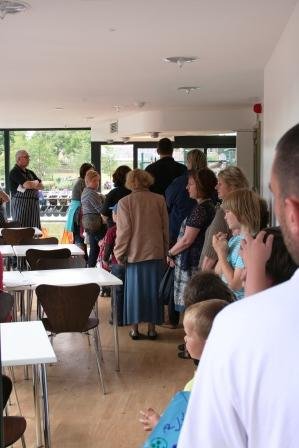 The Parklife Café starts to get busy 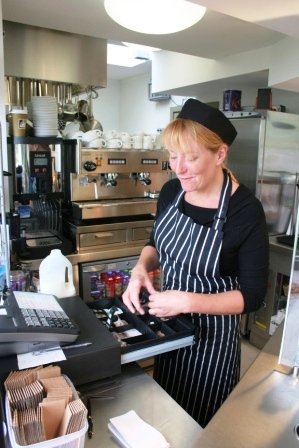 The Parklife Café staff prepare for a busy day 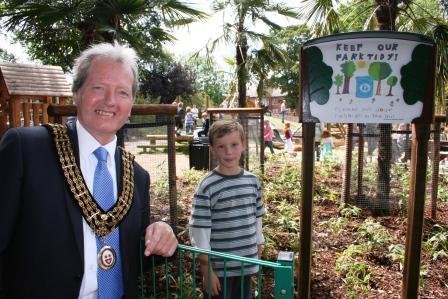 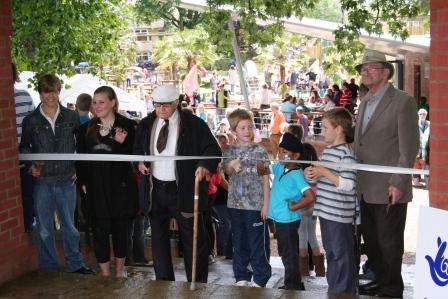 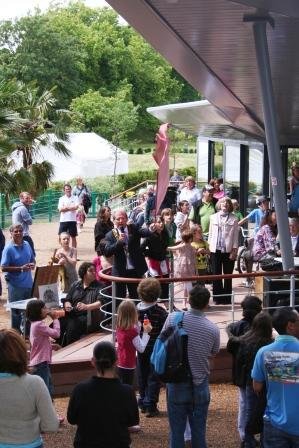 The Mayor hoists the red flag... 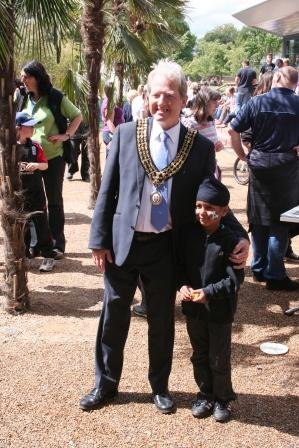 The Mayor with one of our competition winners 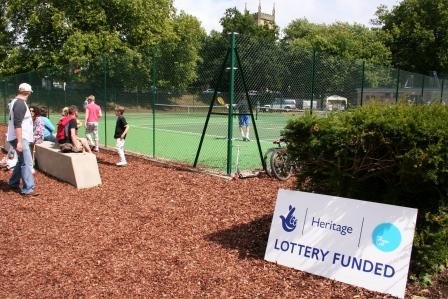 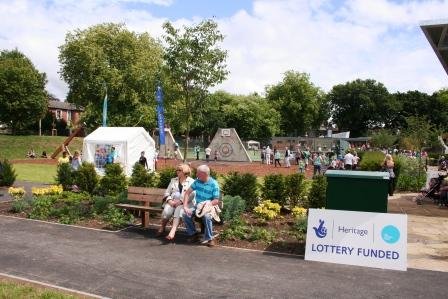 At last: a summer's day in St.James' Park! 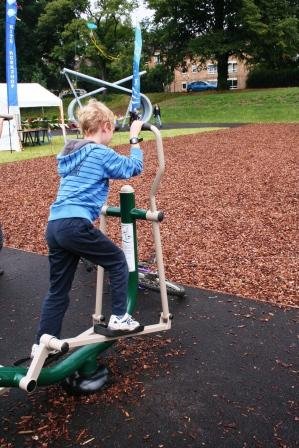 A workout on the outdoor gym equipment 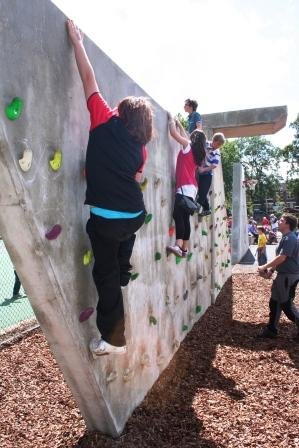 Climbing Wall under supervision from James of Rock & Sun 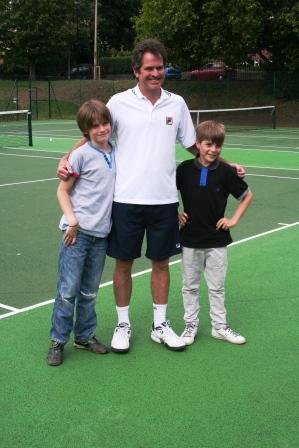 Former British No.1 Chris Wilkinson with two budding tennis stars of the future 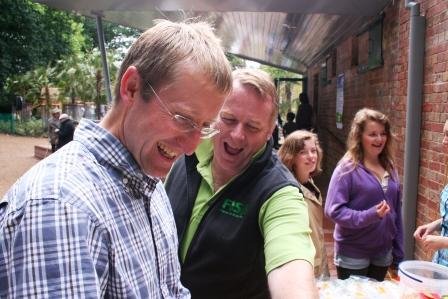 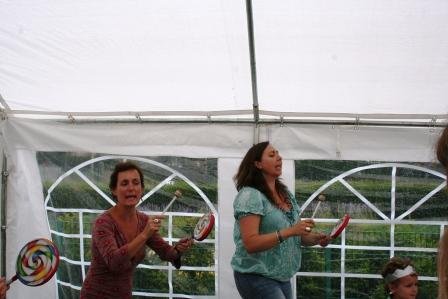 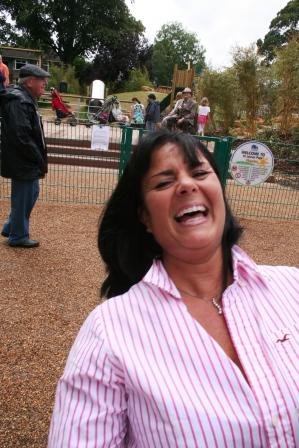 What is that photographer wearing...?! 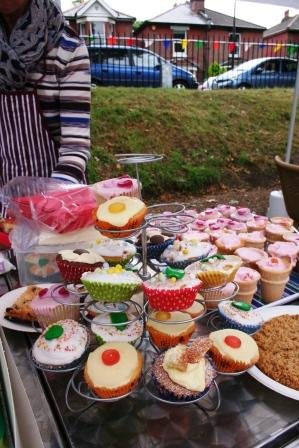 Plenty of home-made refreshments on sale 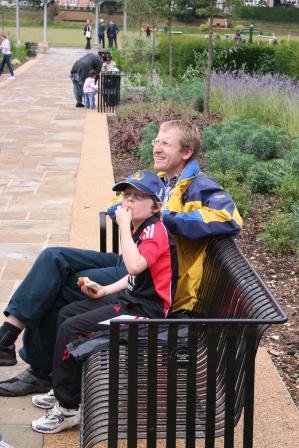 Peace and quiet before the crowds start to gather 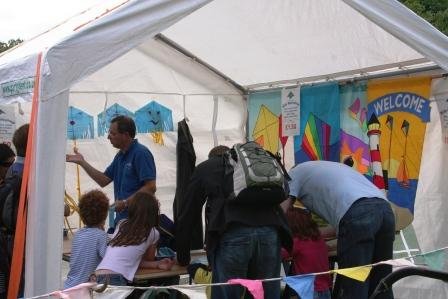 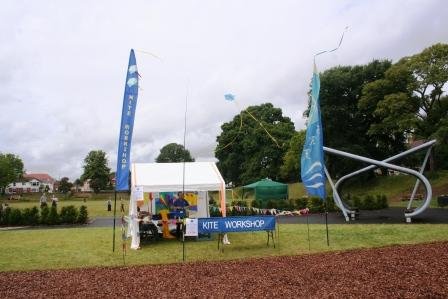 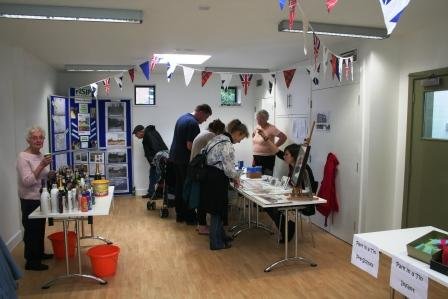 The Parklife Community Room is put to good use 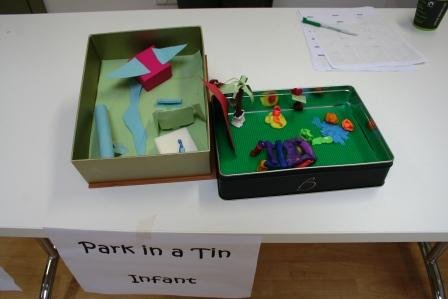 Early entries for the Park in a Tin competition